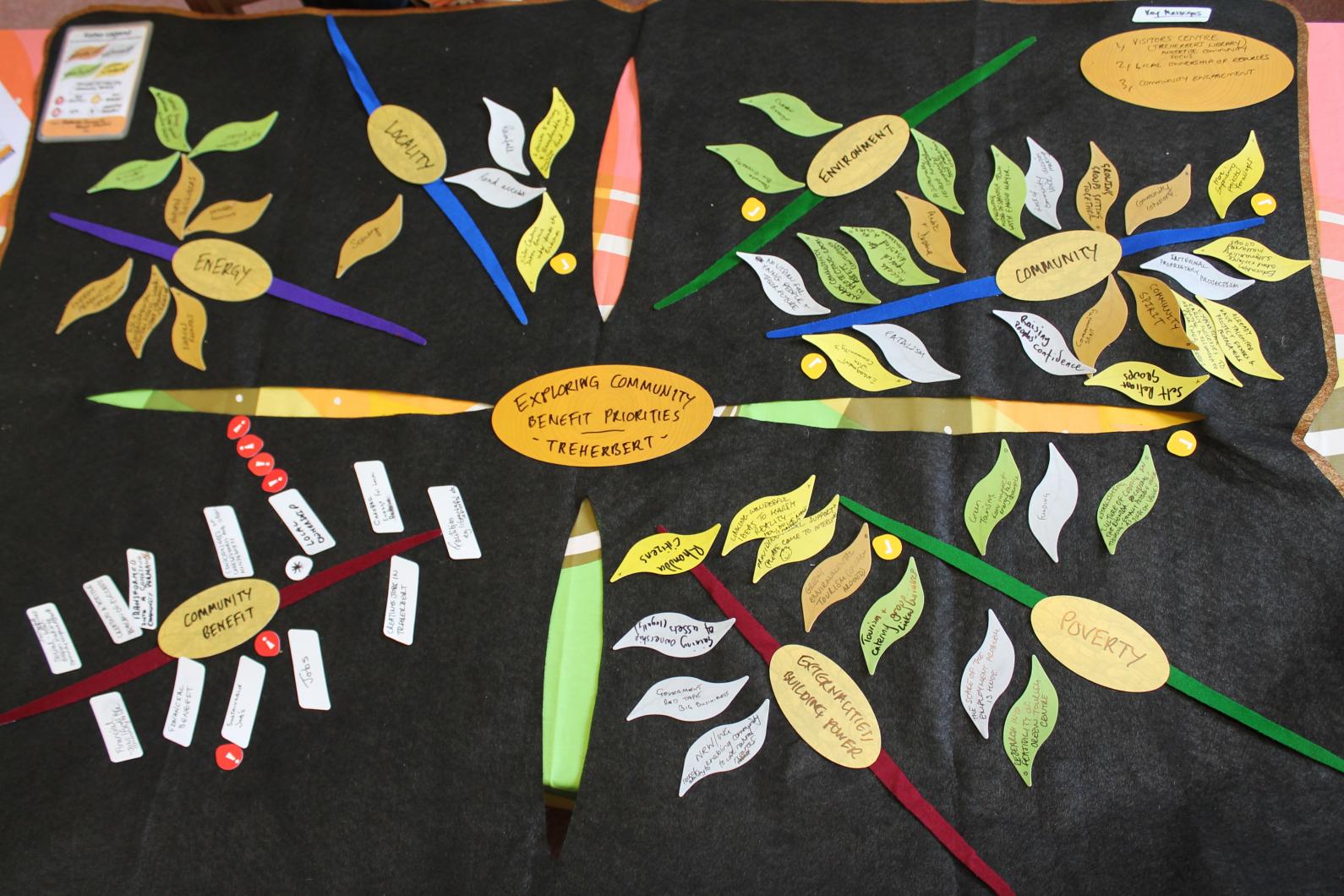 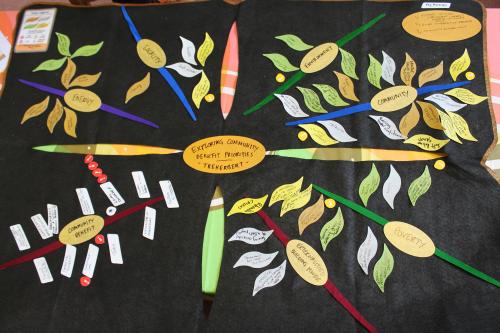 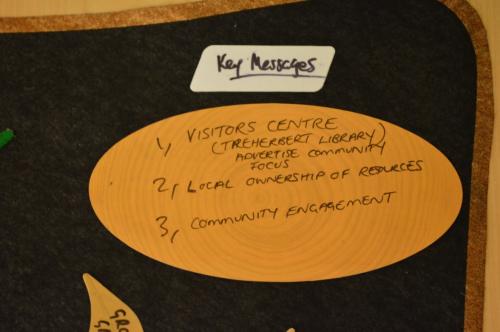 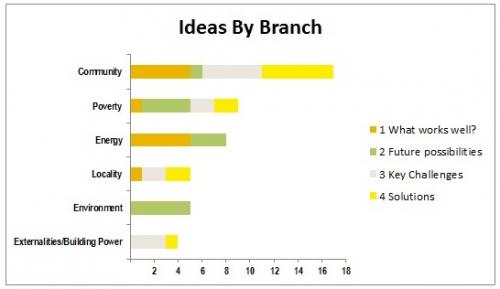 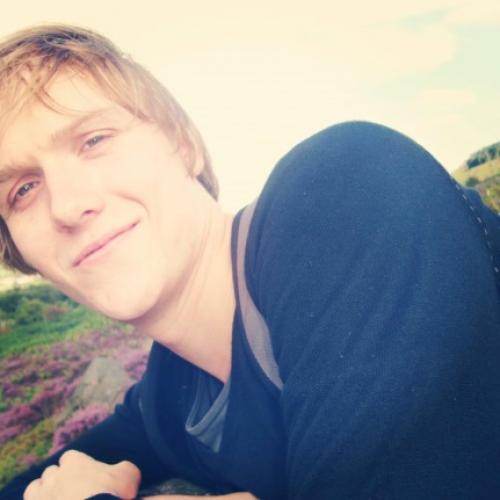 This guest post by Alister Forman featured on the Everyday Lives blog on August 11, 2015. A doctoral candidate within the Sustainable Places Research Institute at Cardiff University, Alister hosted 'Ketso', an interactive participant workshop, for the Stories of Change team in Treherbert, Wales. This post reflects on that experience.

GUEST POST: ALISTER ON HIS KETSO WORKSHOP AT TREHERBERT POP UP STUDIO

On the second Wednesday of the pop-up studio in Treherbert, the Stories of Change team very kindly allowed me to piggy-back on their success; making the journey from Cardiff to host an interactive participant workshop exploring perceptions of ‘community benefit’ in relation to local models of energy production. The session builds on my own work at the Sustainable Places Research Institute, Cardiff University, in conjunction with the Welsh Government, exploring the role of community energy as a vehicle for achieving social justice objectives – particularly in the context of fuel poverty – and for mapping and examining local perceptions of community benefit as a way of exploring the diversity of ways in which community energy contributes towards the mediation of local and social objectives beyond the environmental. With the emphasis on envisioning more just social and ecological energy futures, the workshop has some neat crossovers with themes explored through the pop-up studio, and was a great opportunity to involve the community in a collaborative and mutually beneficial way (whilst still being a bit fun!).

Using ‘Ketso’ – a hands-on, visual approach to group working based on the three key principles of hearing everyone’s voice, building mutual understanding and commitment, and promoting collective and creative thinking – the session explored, from the standpoint of the participants, the assets in Treherbert, objectives for the future, key challenges and creative solutions; alongside co-producing a common understanding of how any local model of energy production ought primarily to benefit the community. There was a really nice mix of stakeholders involved, reflecting a diversity of members of the Treherbert community, and it was especially fantastic to have a couple of visitors to the studio on the morning decide to take part; emphasising the depth of interest in the co-constitution of energy and equity and how this can be practically achieved at a local scale.

What was especially nice for me as a visitor was to see a story of Treherbert emerge as the workshop progressed. The group recounted the immense depth of community spirit and abundance of natural resources in the area and how these ought to be combined to drive local ownership with respect to energy production; before building that model of ownership outwards to create a resilient, sustainable, confident and empowered local community and local economy. Interesting associations emerged from the themes under discussion, such as the intersection between driving ‘green tourism’ to Treherbert as a pathway towards dealing with issues around poverty and disenfranchisement where, despite having that strong community fabric, there remained a perception that perhaps there was a ‘lack of community voice’. What was really clear was the strong desire for Treherbert to be an exemplar community to the rest of the country to show how both ‘community’ and ‘community energy’ can be done right.

Thank you to everyone who got involved and to the team at Stories of Change. I hope it was useful and that the experience can go some way towards helping Treherbert to realise something beautiful.