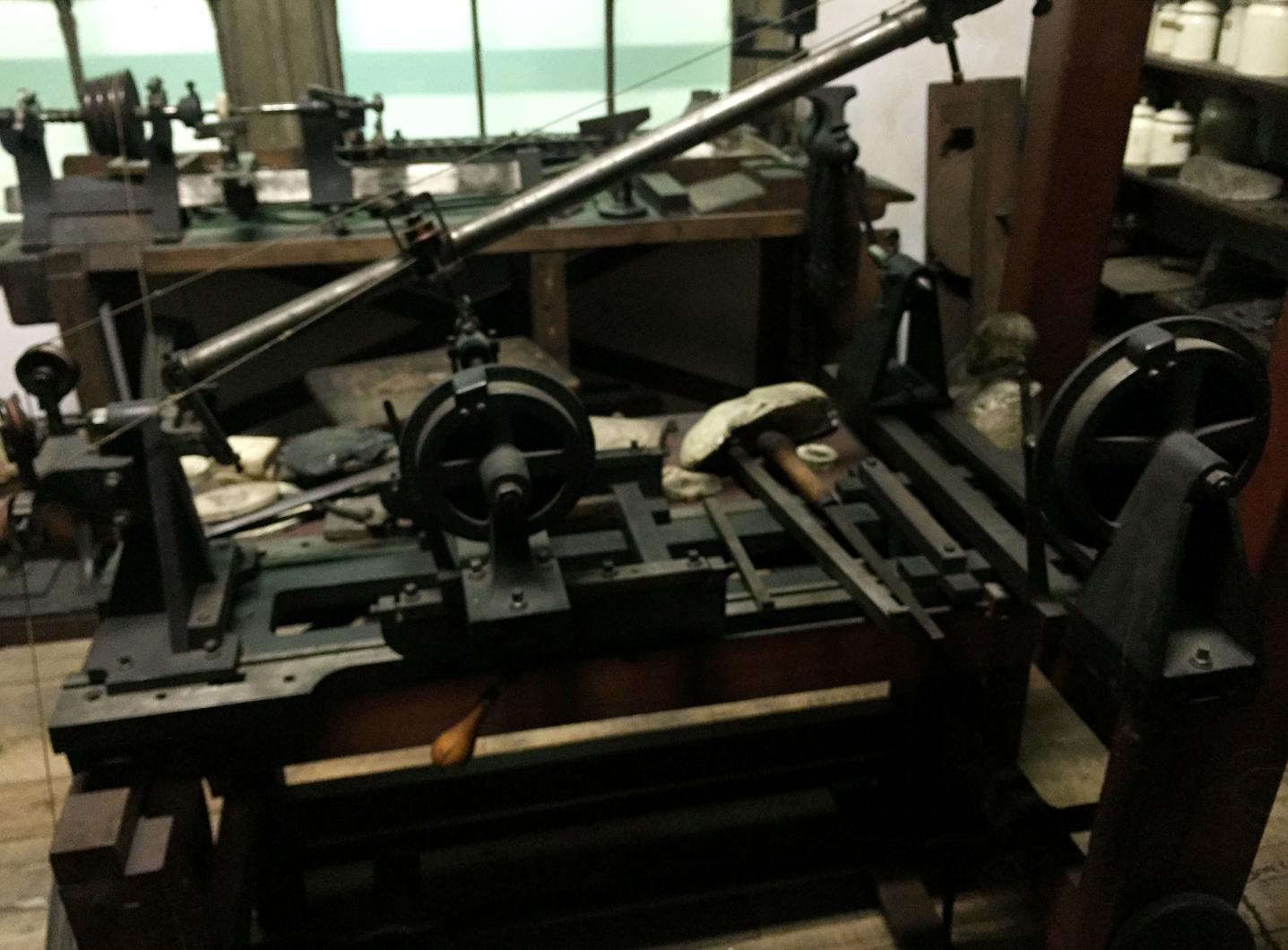 The Industrial Revolution is associated with the introduction of James Watt’s steam engine. In around 1776 the Scottish instrument maker and engineer James Watt improved the Newcomen engine, by adding a separate condenser, air pump and also a rotary mechanism. Newcomen’s engine, invented in 1712 had been the first practical device to harness the power of steam to do mechanical work. Steam engines were used primarily to pump water out of mines.

Watt had realised that these engine designs wasted a great deal of energy by repeatedly cooling and re-heating the cylinder. The separate condenser avoided this waste of energy and radically improved the power, efficiency, and cost-effectiveness of steam engines. The addition of rotary motion broadened the use of the steam engine beyond pumping water. Watt’s coal-fired steam engine was vastly more powerful and adaptable than other engines and capable of powering a range of industrial operations including ships.

The engineering and manufacturing firm of Boulton & Watt was set up around 1775 in Birmingham as a partnership between the English manufacturer Matthew Boulton and James Watt. It grew to be a major producer and designer of marine and stationary steam engines in the 19th century.

As historian of science Andreas Malm explains, ‘The transition from water to steam in the British cotton industry did not occur because water was scarce, less powerful, or more expensive than steam. To the contrary, steam gained supremacy in spite of water being abundant, at least as powerful and decidedly cheaper.’ The factors that tipped the balance in favour of coal-fired steam engines were the inconveniences of atmosphere, nature, geography, topography and labour.

Steam engines worked at the same rate as long as the machinery was sound and there was enough fuel- water wheels were dependant on the flow rates of rivers and therefore subject to seasonal and climatic fluctuations. Steam engines could be set to work anywhere- the factories, which they operated, did not therefore need to be built near fast moving water. Factory owners were eager to move production from remote and often difficult to access areas to large cities such as London, Manchester, Lancaster and Birmingham where there were plenty of poor industrial workers they could exploit. In short, steam engines allowed industrial production to ignore the constraints of its context: elemental, geographic, atmospheric, human. They could produce power wherever and whenever it was wished for. The introduction of Watt’s engine coincided with extraordinary growth in British manufacturing, made possible by vast amounts of coal extraction and cheap and slave labour.

In 2002, atmospheric chemist Paul Crutzen suggested that James Watt’s invention of the steam-engine inaugurated the Anthropocene epoch. He identified the Industrial Revolution as marking the onset of the large-scale human modifications of Earth Systems that is provoking perilous transgression of Holocene parameters.

Watt’s workshop is now preserved in the Science Museum London. All the furniture, the floorboards and door, window and skylight, and 8,430 objects, have been preserved essentially as they were left upon Watt’s death in 1819 in the attic of his home, Heathfield, outside Birmingham.